Dr. Kemp is a sociologist who first joined the Gerontology Institute in 2005 as a visiting professor after completing a postdoctoral research fellowship at Western University. She received her Ph.D. from McMaster University in Hamilton, Ontario, Canada. Currently, she holds a joint appointment in the Gerontology Institute and the Department of Sociology. Dr. Kemp formerly served as the Institute’s Undergraduate Director, supervised the Internship program, and was the Institute’s Graduate Director. Dr. Kemp is a Fellow of the Gerontological Society of America, an associate editor of the Journal of Gerontology: Social Sciences, and a long-standing editorial board member for the Journal of Applied Gerontology, the official journal of the Southern Gerontological Society. She is an Officer-at-Large for the International Sociological Association’s Research Committee on Aging (RC 11).

Much of Dr. Kemp’s research focuses on topics related to aging, family, and the life course. Her recent work examines: formal and informal care partnerships; dementia care; intergenerational relationships; later life couples; work-life balance; and gender, sexuality and aging. Most of her ongoing research is set in assisted living communities and personal care home including two five-year studies funded by the National Institute on Aging of the National Institutes for Health. The first study, “Meaningful Engagement and Quality of Life among Assisted Living Residents with Dementia” (R01AG062310), began in 2018. Dr. Kemp is the project’s principal investigator. She serves as a co-investigator on the second study begun in 2015, “End of Life in Assisted Living: Links between Structure, Process, and Outcomes” (R01AG047408). Dr. Molly M. Perkins from Emory University’s School of Medicine is the principal investigator.

Dr. Kemp also was principal investigator and co-investigator on three concluded studies funded by the National Institute on Aging, “Convoys of Care: Developing Collaborative Care Partnerships in Assisted Living” (R01AG044368); “Negotiating Resident Relationships in Assisted Living: The Experience of Residents” (P.I. Mary M. Ball) and “Negotiating Sex and Intimacy in Assisted Living” (P.I. Elisabeth Burgess). Her most recent publications appear in The Journals of Gerontology, The Gerontologist, Journal of Applied Gerontology, Journal of Family Issues, European Journal of Ageing, and the Journal of Aging Studies. Along with Malcolm P. Cutchin and Victor W. Marshall, Dr. Kemp is co-editor of the 4-volume set, “Researching Social Gerontology”, published by Sage, UK in 2013. With former GSU colleagues Mary M. Ball, Molly M. Perkins and Carol Hollingsworth, she also is editor of “Frontline Workers in Assisted Living” published in 2010 by the Johns Hopkins University Press. 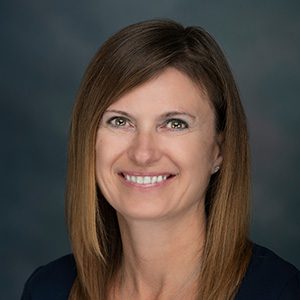